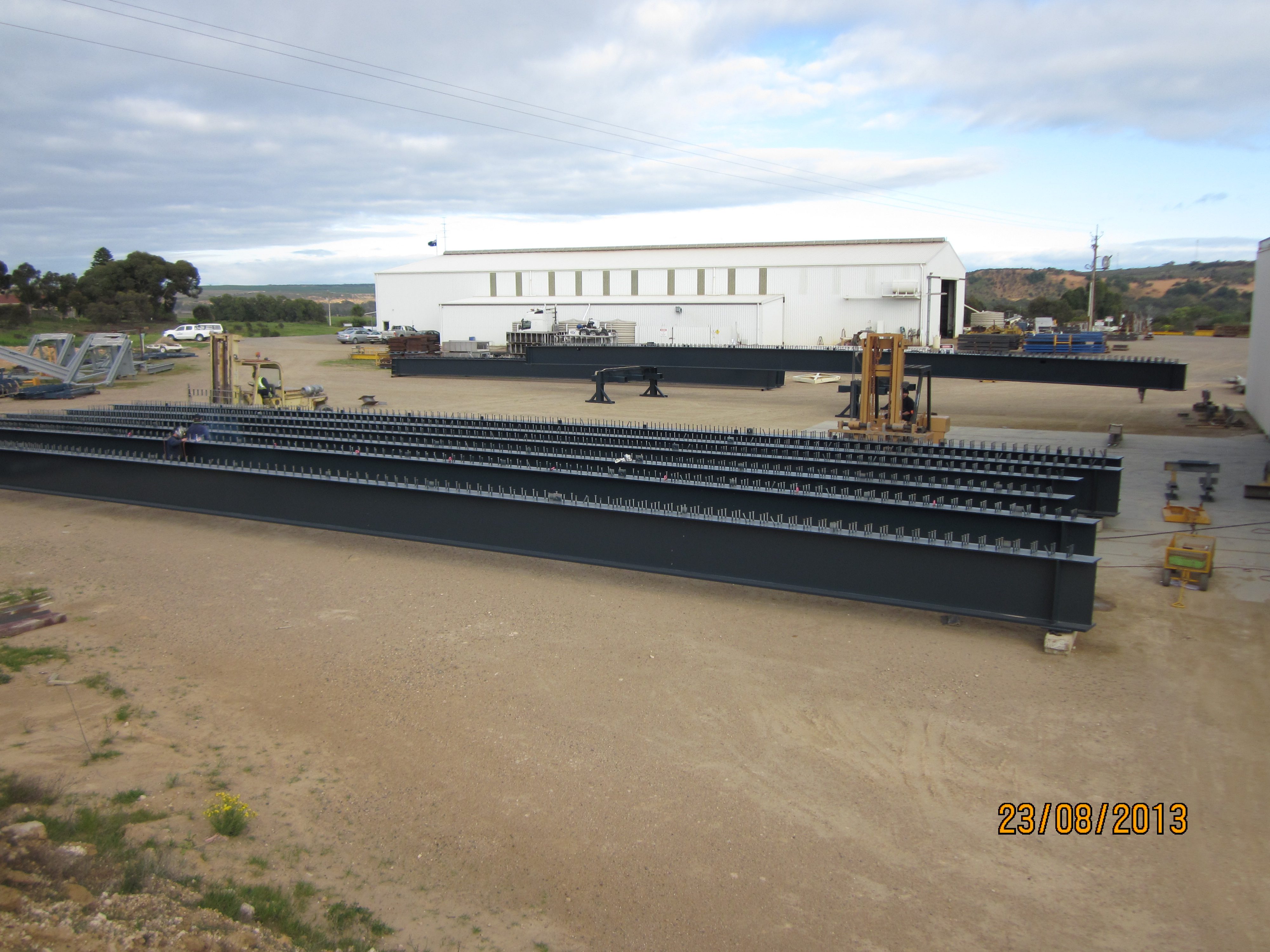 Technical Challenges: Handling and transporting large heavy beams to site without damaging the important coating system was a challenge. Special rotation jigs and transport chainage brackets were designed to minimise coating damage and allow safe and efficient transport to site of the bridge girders. 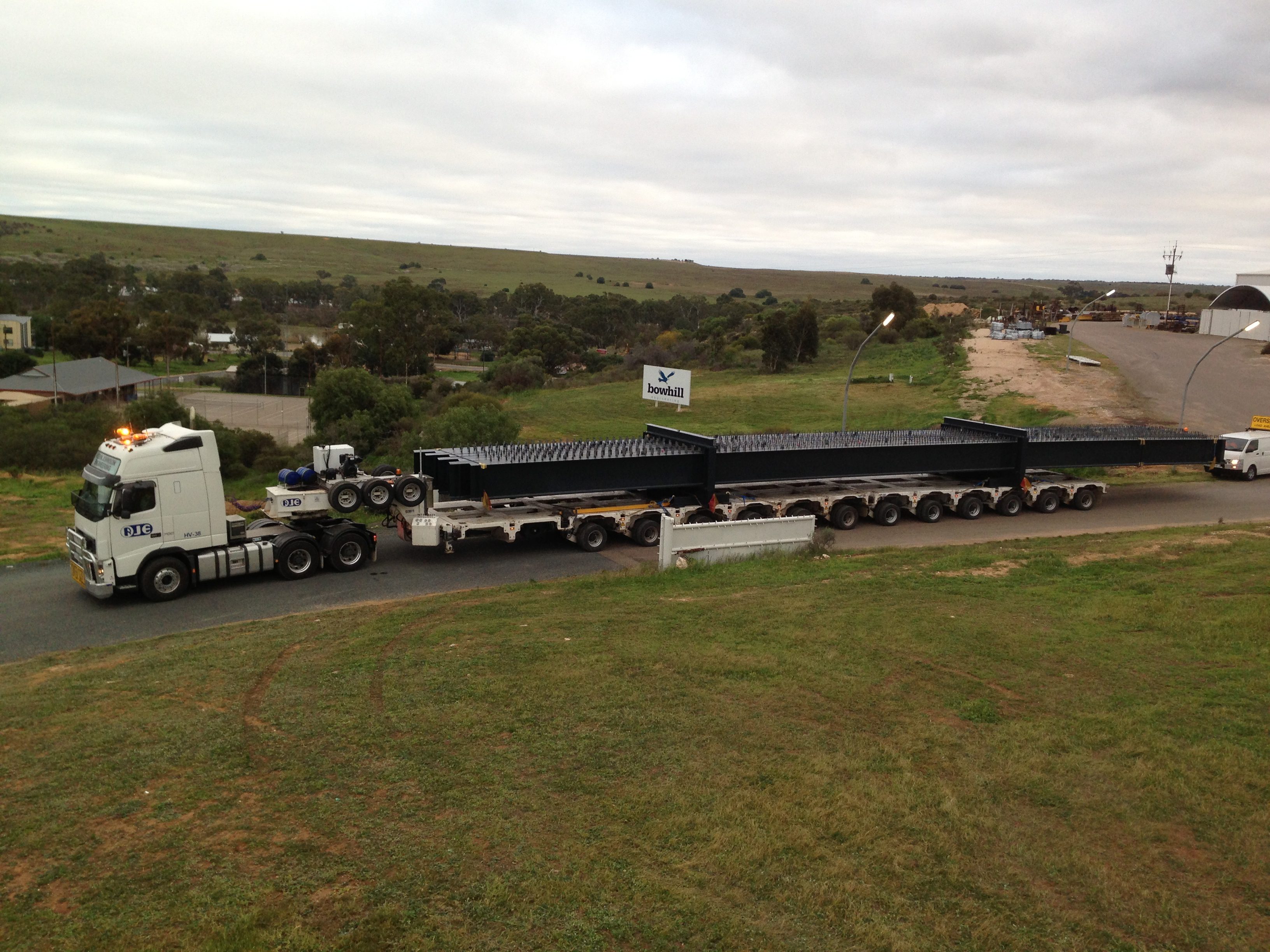 Coating Details: Highly scrutinised with extensive measuring and documentation required due to the Waterborne Inorganic Zinc primer as part of a 3 coat system.

Successful Outcomes: Bowhill were able to take on a relatively short turnaround under difficult circumstances. The QA setup had to be adopted from a previous organisation’s efforts and adapted and adopted so that it worked for DPTI’s stringent recording requirements. 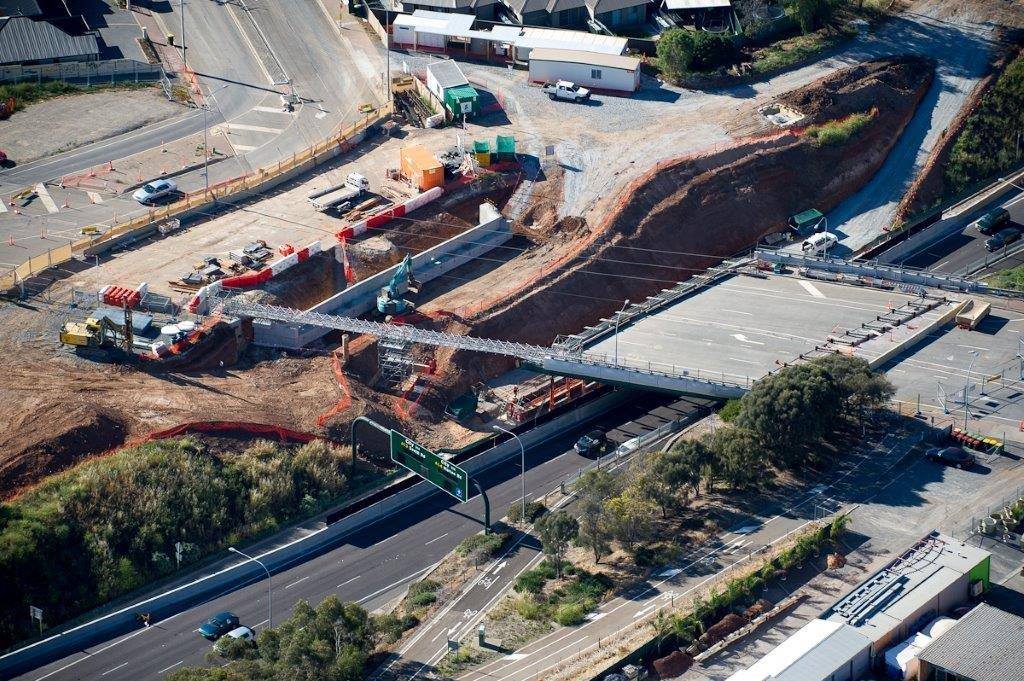 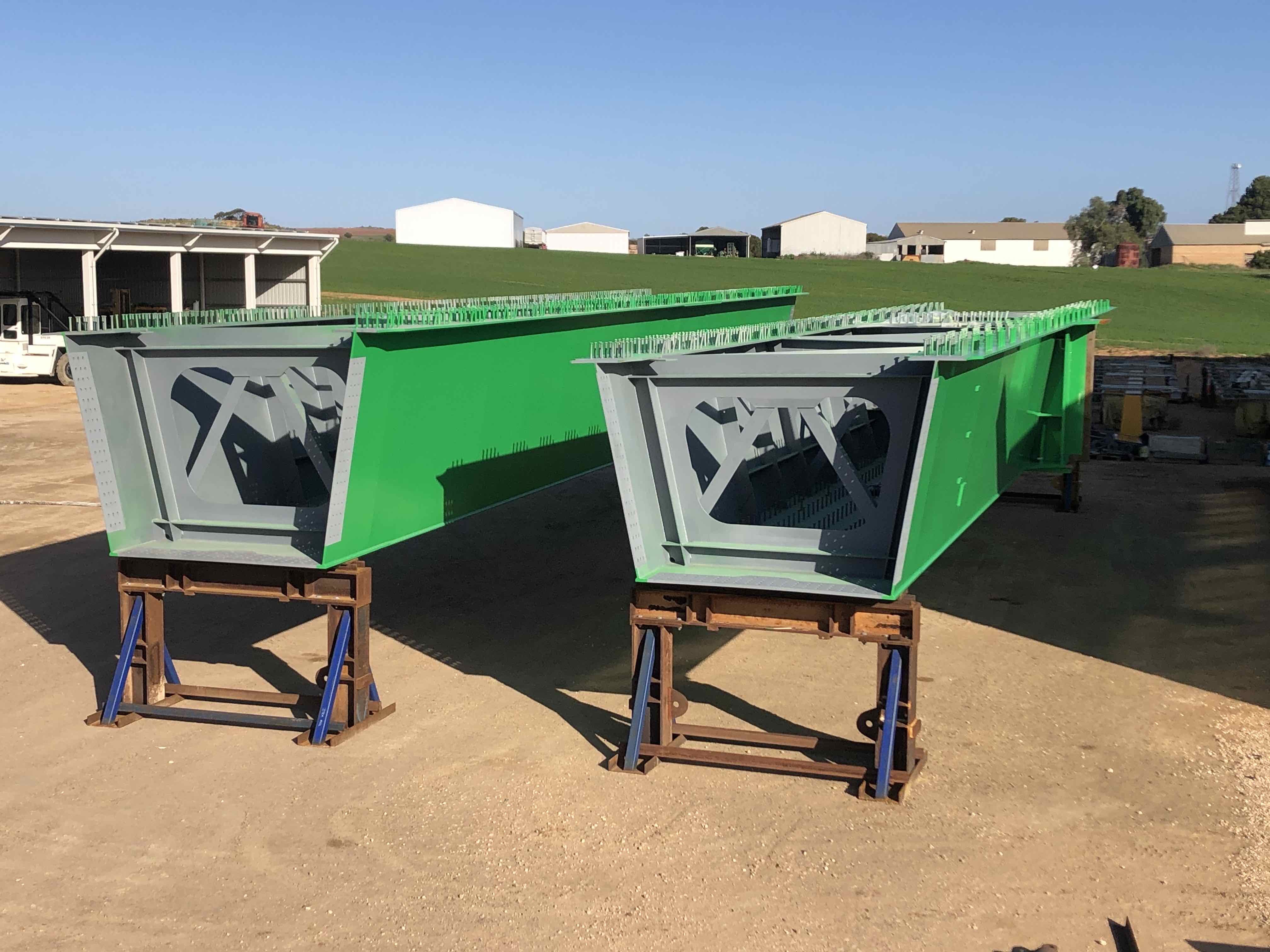 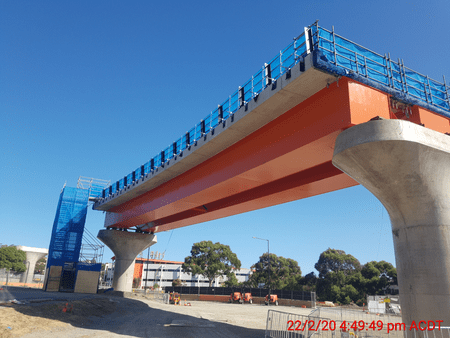 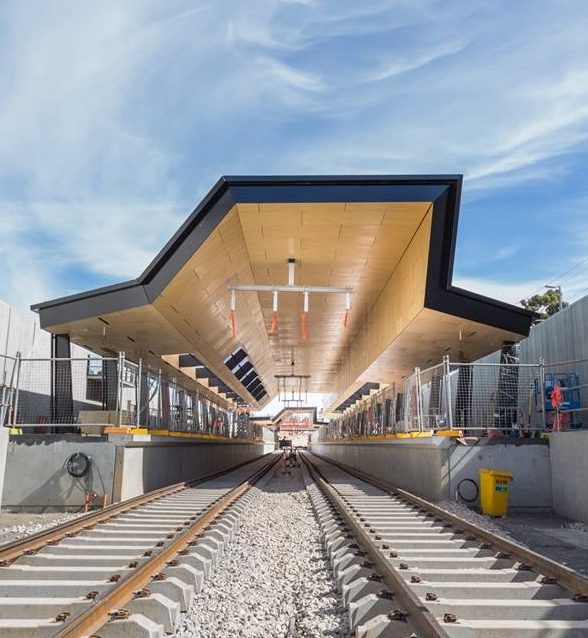 We helped early with the design process and contributed to many smart design features being adopted.