During this project for temporary works, there was an opportunity to develop an Innovative prop and prop release system to release the force from the temporary horizontal 300mm diameter CHS props once the permanent works were completed and the props were redundant. McConnell Dowell representative Jan Siebel suggested in a passing comment the possibility of using sand as the support and release system as they had used a similar system previously in a different format (vertical support and release of a large load) but they didn’t really know how to achieve the different feat at the time. 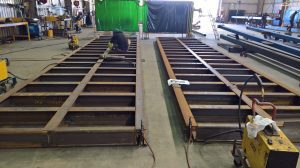 Taking this idea on as a challenge was instinctual for Bowhill Engineering with physical development initiated almost immediately utilising a sliding collar arrangement never before developed. Prototype and testing revealed that there was potential for this system to work successfully in the horizontal plane on a CHS prop.

Engineering calculations and witnessed load testing/measurement completed the process with some slight tweaks and a setting procedure was formulated tested and documented. McConnell Dowell then verified our work through Aztec Analysis and production of the system onto all 50 units was rolled out. 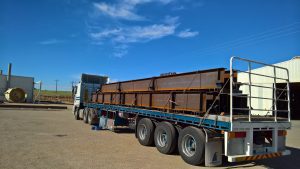 This system was seamless and the safety and productivity gains for our client was significant with release of the units being as simple as the removal of a drain bung, once force was released the props sat safely in place until their removal with a crane! The alternative prop release process that was proposed was a clunky method of using a custom hydraulic jack to ease the weight from each prop to enable release, all of this between 5-12m in the air and close to the top of the tunnel’s recently installed concrete lid. 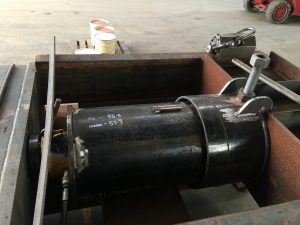